Simon went first. He's constructing a turntable fiddle yard for "Glenfinnan", using a router on a trammel to get the radius right. 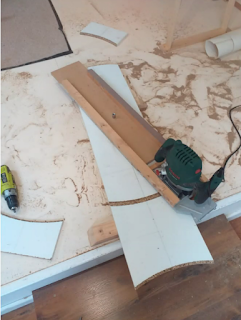 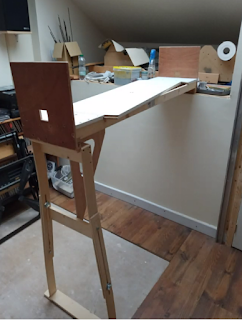 He's also working on an ex-LNE Coronation stock "beavertail" observation saloon, as modified by BR in the 1950s for use on the West Highland. He started with the basic shell from Simon Dawson's Rue d'Etropal range, available from Shapeways. This shot shows that the print is quite rough, but Simon found it cleaned up very easily, polishing it with sandpaper stuck to bits of wooden clothes pegs (apparently his neighbours are putting motion detectors on their drying greens). 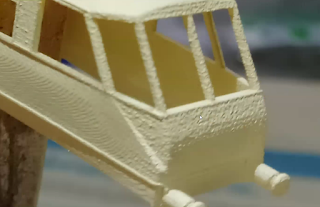 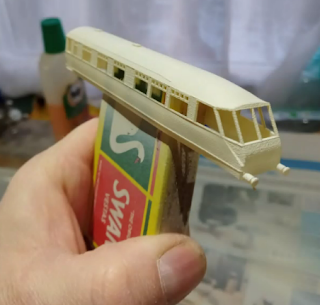 It will need Gresley 8'6" bogies: these were ordered from the shop, received and built all in a week. This shot is of the prototype of course, not the model!

He's also still working on a tandem for the FCAG shed scene layout. 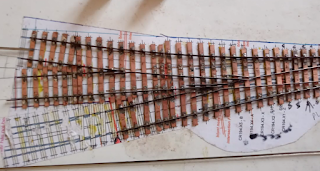 Mick has been implementing advanced DCC settings (with Nigel's help) using jmri decoder pro in order to get his Class 37's lights to behave prototypically - he's added the ability to switch off the red markers at the trailing end when hauling a train, and to light red markers at both ends when stationary on a running line. He showed us this using a mirror so we could see both end of the loco at the same time. 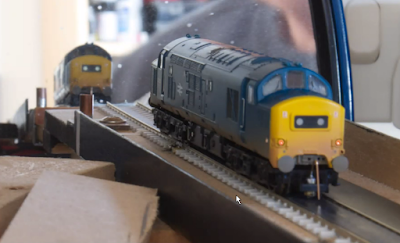 Chris G. has been moving ahead with pointwork for Bosaleck. There are guitar-string droppers (arrowed red) from the point blades which engage in the tubes on the operating units. 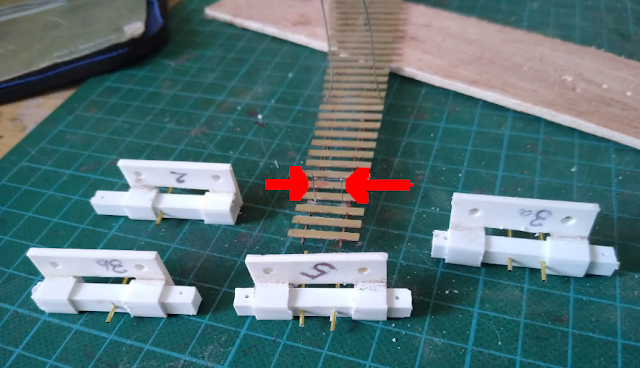 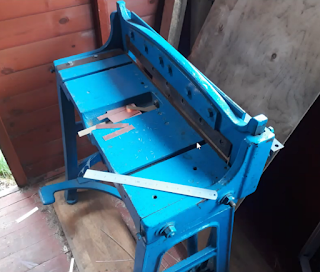 Next, the strips are gapped using a circular saw with a table and fence to remove the copper layer but not the SRBP substrate. 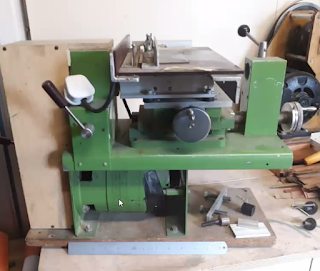 Finally a third machine (not illustrated) is used to chop individual sleepers.

These are somewhat inconvenient to store and transport for the proposed group sleeper-production sessions (sleep-overs?). Nigel has drawn up a design for a simpler gapping attachment to fit the vertical slide on a lathe: a jockey wheel keeps the sleeper blank firmly on the table and the saw blade, mounted on an arbor in the lathe, is kept out of harm's way under the table. 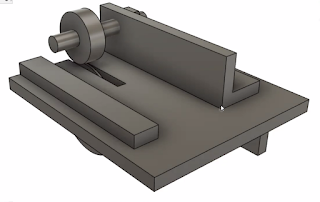 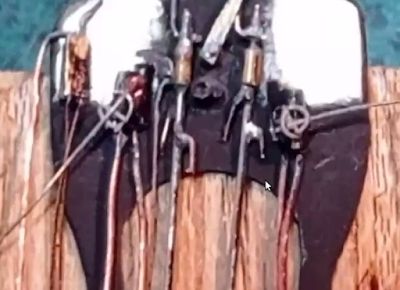 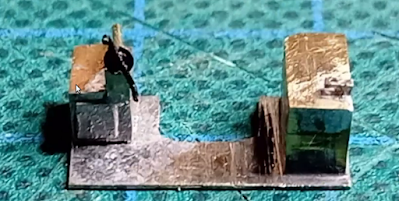 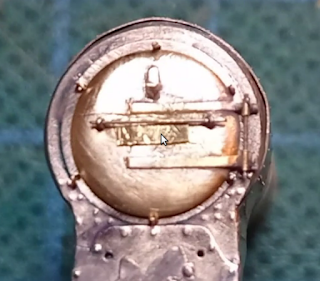 Jim is continuing to add buildings to Kirkallanmuir along the road leading downhill from the overbridge next the station.

A "kit of parts" was cut out from styrene sheet. The baseplate has holes to locate on dowels on the baseboard: the little blocks of scrap styrene are to strengthen the joint with the wall. Jim runs a fillet of Easitrac glue along the joint as well. 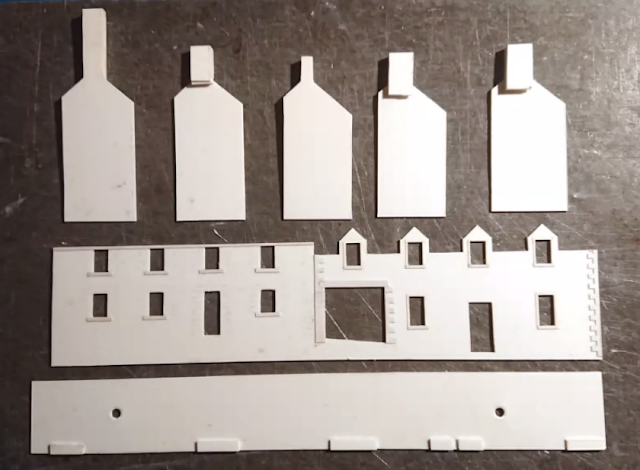 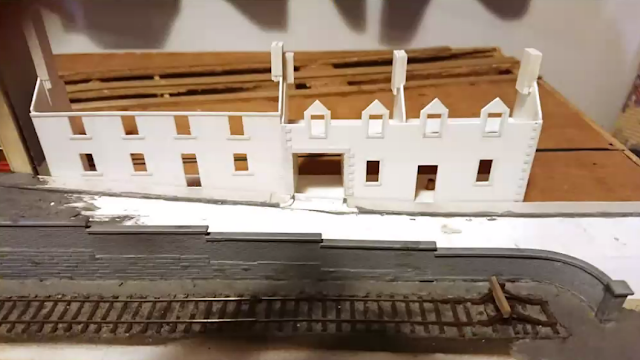 The next building down the hill is to be based on another local nineteenth-century prototype: 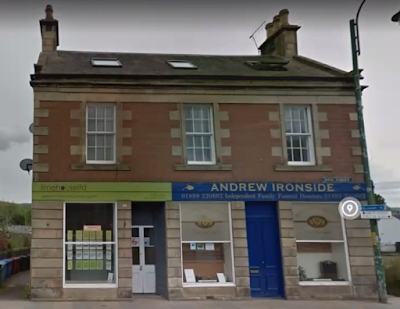 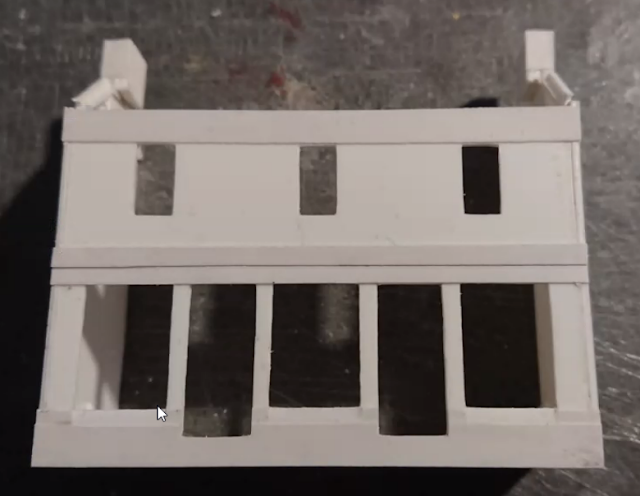 The shell in place:

Richard has been designing etches for pithead gear and for wagons. PPD must be glad he discovered 2mm modelling, he's keeping them busy! 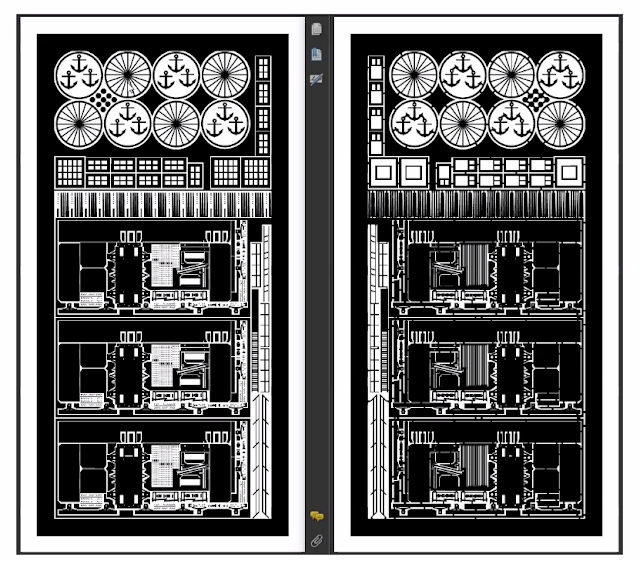 I think I have posted shots of his build of Fencehouses Model Foundry P4 hopper kits before, but he has improved the end stanchions, which are built up from multiple layers of etch, flooded with solder.

They recently made a trip to the paintshop. This shot compares Railtec "NCB" lettering trasnfers on the left, and Fox on the right. His preference is for Railtec, both for price and for ease of application:

He has another twelve of these to build. As if that was not enough, he's also produced an Easitrac point for the FCAG group layout:

Martin has also been busy with mineral wagons, with several variants of bodies and brake gear: 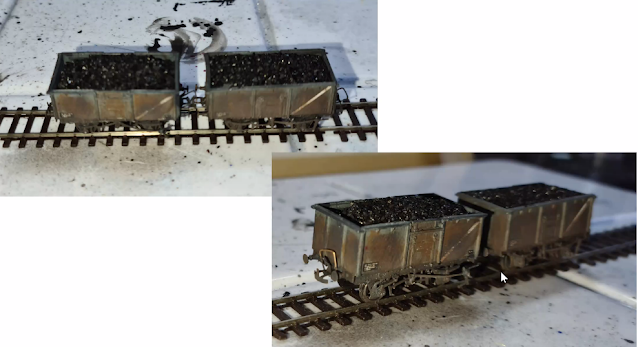 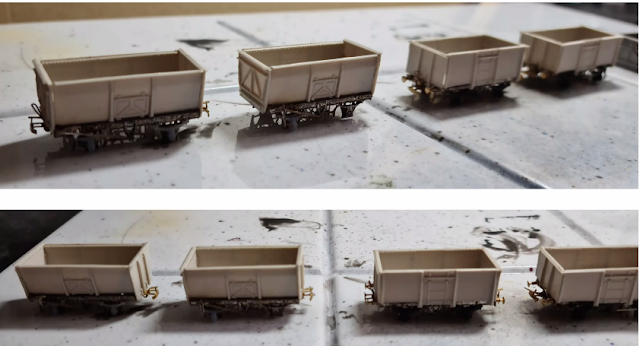 and with BR Mark 1 DSO and BSO bodies from Masterclass etches via the 2mmSA shop: 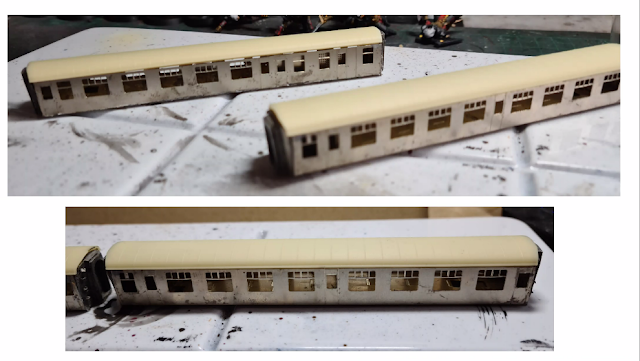 Alasdair has been working on turnouts for the group layout as well: 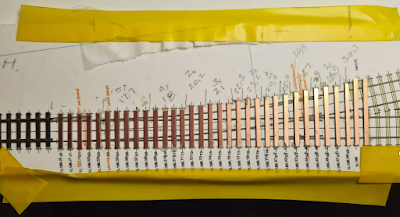 Meanwhile his near-namesake, Alisdair, has advanced his Highland Railway "Yankee Tank" to be ready for painting. 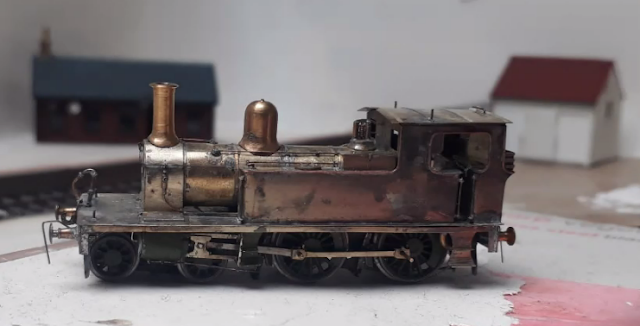 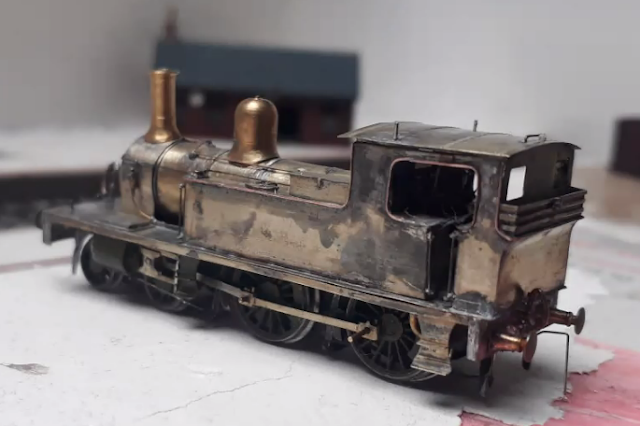 A keepalive capacitor is hidden between the frames

and the tanks, bunker and boiler are filled with lead weight. The superstructure is built on a sheet of thin PCB, which is handy for attaching parts while ensuring electrical isolation. An 0816S 8mm coreless motor from Micromotor powers the loco, with the only reduction being the worm and wheel. The motor runs slightly fast for this to be fully effective with analogue power, but is very controllable using DCC and tweaked CVs.

A hive of activity ... .we will see if it continues as lockdown loosens!

Our next meeting, still a virtual affair, will be on April 10th: its theme is yet undecided.