Our virtual meeting this month had the snappy theme "Uses, Misuses, Advantages, Disadvantages and Frustrations in the use of DCC". Nigel, Jim, James, Stephen, Chris G, all three Al(i/a)s(d/t)airs, Graham, Simon and visitor Andrew participated. Most are already using DCC, or planning to use it, so there was plenty experience on tap and the discussion was wide-ranging. Some noteworthy points:

We spent a couple of hours talking through all that. There were a couple of progress reports from individual layouts. Chris G showed us how trackwork, earthworks and structures are progressing on Bosalek: 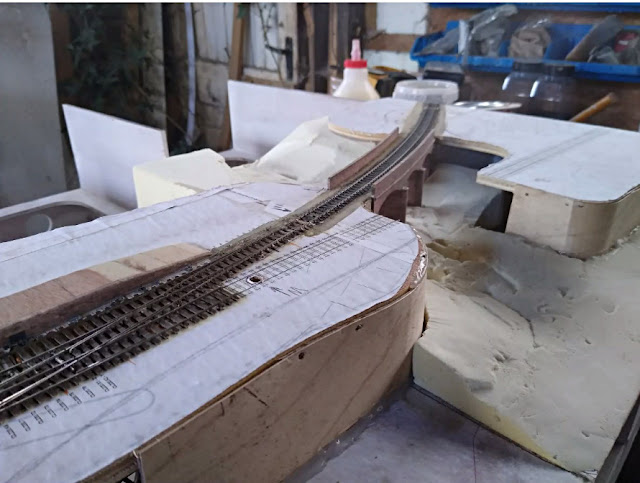 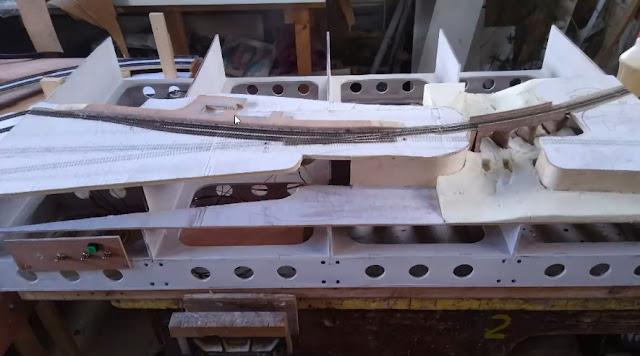 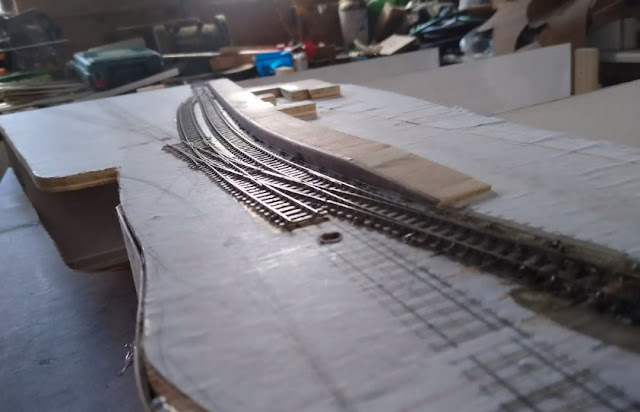 Simon is at a similar stage with Glenfinnan: 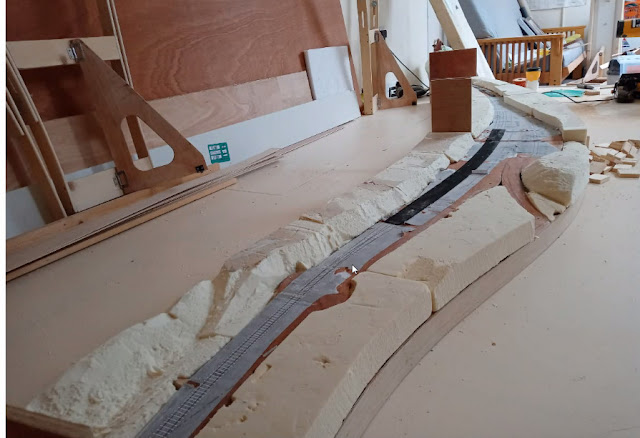 He is less happy with the running gear for his observation saloon: the 3D-printed body does not make sufficient allowance for the wheels and rides too high: some excavation will be required. However, it's progressing.

Although we expect to have at least one more virtual meeting (on 8 May), we are daring to hope that a physical meeting may be possible, no doubt with masks, distancing and so on, in June.