Nigel, Alisdair, Alastair, Andy, Jim, Simon, Graham, and James attended our June meeting on a sunny summer day at the Almondell premises of the Edinburgh Society of Model Engineers, thanks to the good offices of Alastair, who likes his live steam. It was nice to see everyone face-to-face again and to be able to inspect each others' models close up rather than rely on Zoom. A quick round-up:

Jim had brought along a row of buildings from Kirkallanmuir. It was quite a surprise to realise that they are in semi-low relief. I should have made more of an effort to photo the very finely detailed shop windows ... next time ...) 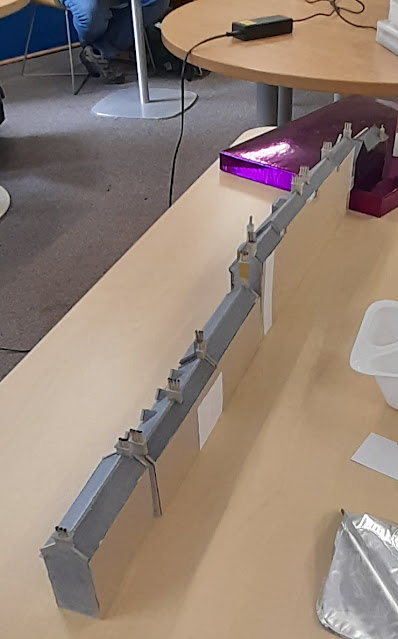 Alasdair had his Yankee Tank and Highland Railway Director's saloon:

Simon had rakes of fish vans, insulated and otherwise: 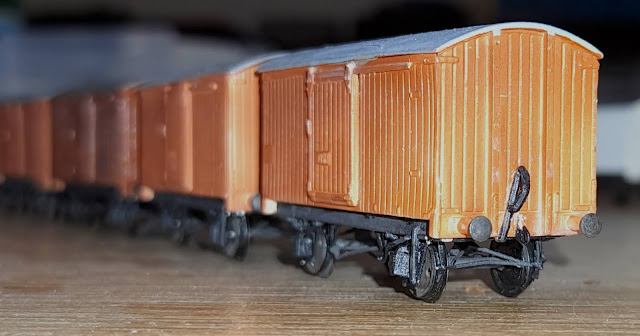 Nigel was working on a brick workshop with northlight roofs: 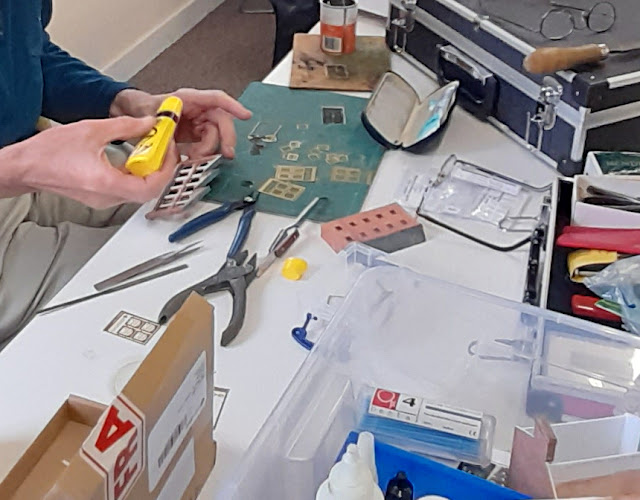 All in all a hive of industry, with social distancing and open doors and windows (not always very practical in Scotland, but no problem with today's fine weather). Several group members worked on turnouts, trying to master Laurie Adams chairplates without going cross-eyed.

Meanwhile, outside, the ESME permanent way engineers were working in a somewhat larger scale. Presumably they lost all their chairplates in the carpet and were obliged to solder the rails directly to the sleepers. However they get extra marks for doing mixed-gauge turnouts. 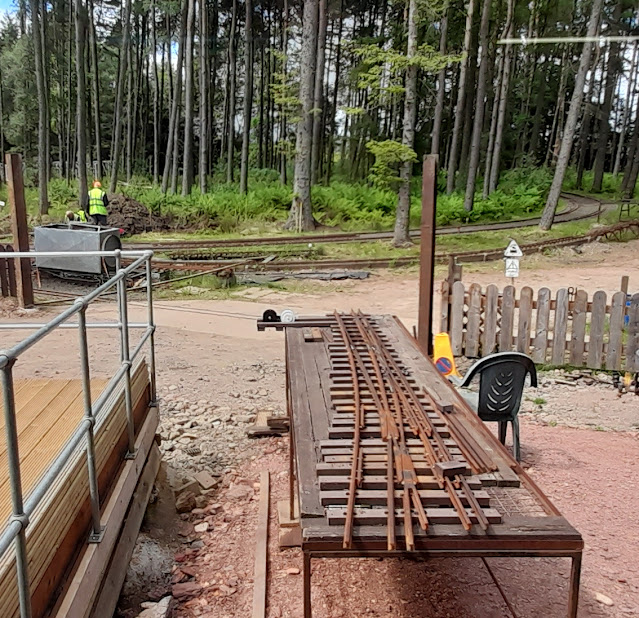 It’s a strange feeling, coming out of the lockdown period and back to physical meetings. I was in two minds whether to turn up, having done so little modelling during the long winter ... but after an afternoon’s chatting and wielding a hot soldering iron, motivation returns. Good old area groups! Or maybe it was just the sunshine? Does it matter?

We hope, health rules permitting, to meet at Almondell again next month.