Jim talked about CAD for etching, which he taught himself in order to produce Caledonian Railway 2mm wagon kits for his own use (also available through his Buchanan Kits venture). He started with TurboCAD and moved to Autocad when the opportunity presented itself mainly for its more convenient user interface. Initially he used CAD to draw paper templates which he stuck to sheet metal, then cut out the parts slightly oversize with a piercing saw, and filed them back to the template edge. As he grew in experience he started to draw designs for chemical etching, with help from Bob Jones amongst others.  Some of his learning points:

NanoCAD is a free open-source software tool which which seems to have all the functionality Jim finds necessary for etch design, whether in TurboCAD or Autocad.

Richard gave an alternative view of CAD drawing - he started only two months ago when he wanted to model a relatively large, very rectilinear reinforced-concrete building for his colliery layout. He laid out the basic design grid by making rather enterprising use of Excel: 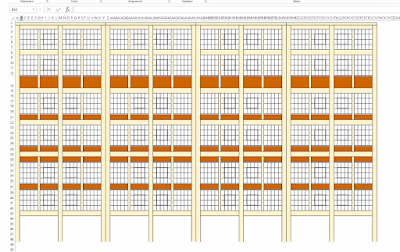 then used QCAD to draw the etch artwork, which he chose on the basis of RMWeb discussions and learned to use mainly from Adrian Cherry's Youtube tutorials. 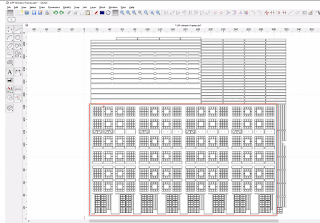 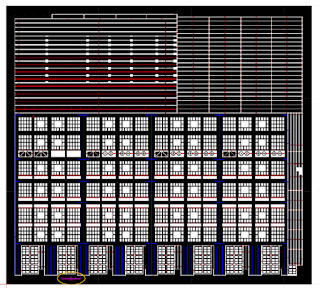 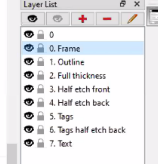 He chose PPD in Lochgilphead to etch his design. His learning points included:

The end result was very satisfying: 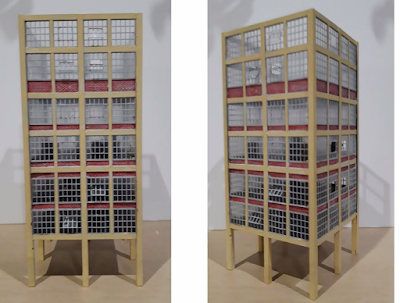 Richard's next project is to model the hopper wagons used at Backworth colliery, a 1920 design by Charles Roberts & Co. Richard scanned a scale drawing and imported the jpeg to QCAD so he could trace over it on a separate layer, using construction lines extensively, building up solebars from three layers, and basing axle lengths on the 12.25mm standard in the 2mmSA handbook.

Next we moved on to talk about 3D CAD. Nigel shared some conclusions from his experience with Fusion360 to design loco wheel centres for the 2mmSA. He explained the 3D design process in simple terms:

Everything else is pretty much a combination of these three steps.

Fusion360's full-featured version is expensive, but the free cloud version, limited to ten active documents, is perfectly adequate for 2mm model use. Like Autocad, the real benefit of Fusion360 for our purpose is its superior user interface. The 3D versions of TurboCAD or QCAD are functionally just as adequate, but are slower or more awkward to use. Nigel found it easy to work with i.materialise, the Belgian firm which prints the 2mmSA wheel centres. Their automated design analysis tool is very helpful in finding errors before printing, for example tiny areas of inadequate wall thickness which would be hard to spot manually.

Chris G took the discusion to a new level as he described how he combines CAD elements in an end-to-end layout design process. This is no idle boast, since he produces about 30 such designs a year. In every case he starts with an outline of the baseboards to suit the space his client has available. This is drawn in 2D in TurboCAD and the general layout design roughed out on separate layers. 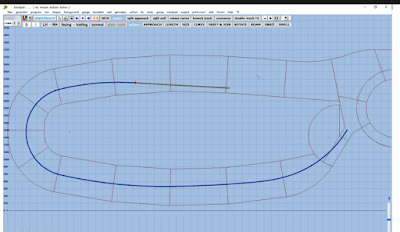 Once the client is happy, the baseboard shape layer is exported as a DXF file into Templot. If a real prototype is involved, maps are also imported and shaped to suit the baseboards - Templot has a handy function to do this.

The trackwork is designed, with points arranged so their tiebars don't fall on baseboard joints or under structural timbers. 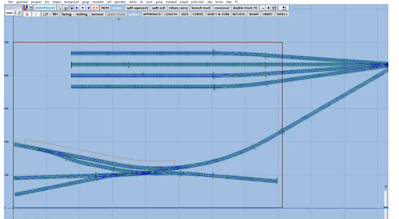 The finished Templot design is exported back to TurboCAD and buildings, bridge decks etcetera can be added in full detail knowing that everything will fit as intended. 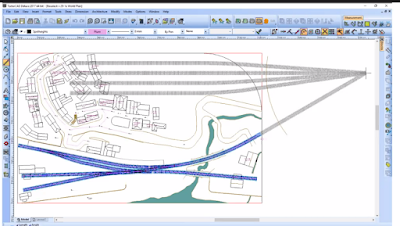 The baseboard designs are developed in 3D with scenic cutouts where required, and ultimately sent off for laser-cutting. 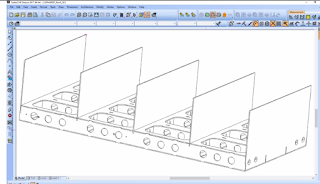 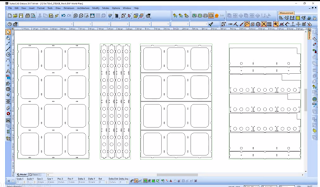 The client receives a stack of cut plywood parts which fit precisely and can be assembled into baseboards in half an hour. This type of integrated design saves enormous amounts of time. 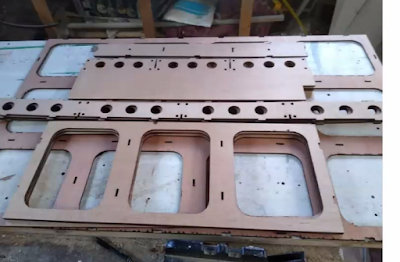 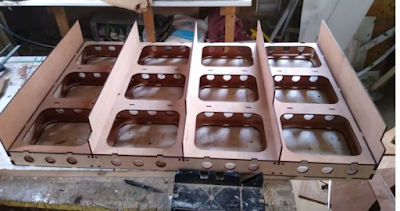 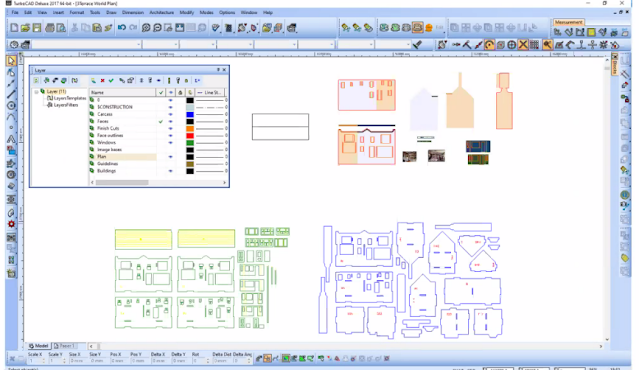 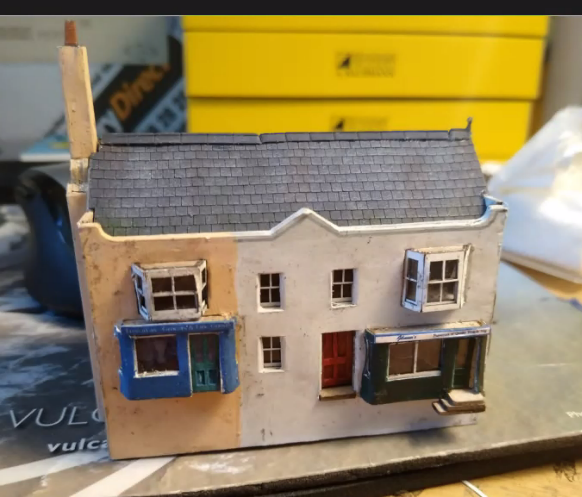 Alasdair showed us his 3D designs for a Caledonian Railway diagram 46 wagon. His tool is Solidworks, which he uses professionally. Its parametric features allow several outputs to be generated from the same design, for example a set of 2D etch drawings for a chassis in the same design as a body for 3D printing. A couple of hints: enter dimensions for components rather than dragging shapes to points, and don't fall into the trap of adding endless small detail by zooming into components; it will be unprintable or invisible or unbuildable. Or all three! 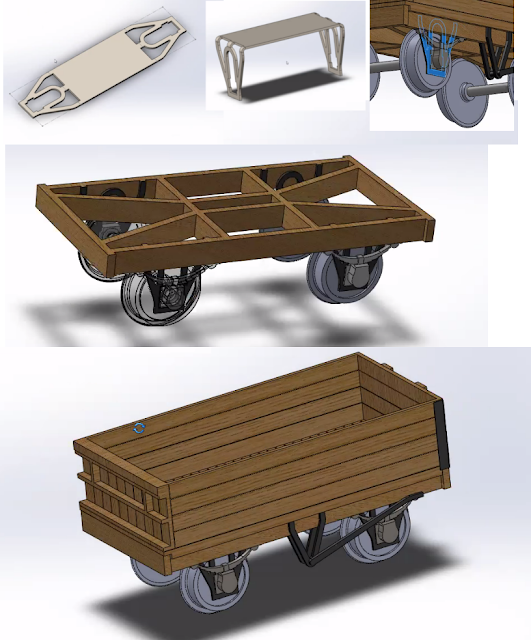 He also showed us some 3D track design projects based on Easitrac dimensions.

After three hours absorbing all these techniques, our heads were spinning, and there was just time to agree that our next meeting would be on 13 March, with a show-and-tell theme.