Alisdair, Alistair, John, Andy and Graham met at Jim's house in Biggar this month. The main business of the day was elimination of the sector plates from Sauchenford's fiddle yards, replacing them with cassette connections. Much scraping, sawing and screwing went on, no fingers were damaged, and we hope this will make the layout easier to operate in future. 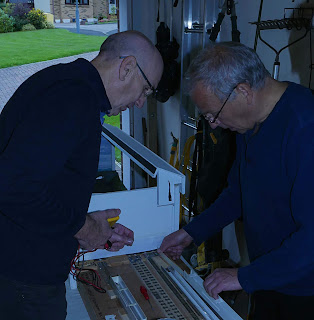 Half-way through we paused for refuelling of soup, bacon rolls, tea and coffee. Then it was back to work (well, it was back to work for Alisdair, most of the time the rest of us leant on our shovels and made helpful comments). There was a small amount of show-and-tell. Alisdair has been experimenting with his Silhouette cutter, and had reduced some WCJS coach sides from the Caledonian Railway Association's pattern library (members only access - but you can become a member here) from 4mm scale to 2mm, onto 5 (I think) thou styrene sheet. He'd brought a test print with him. 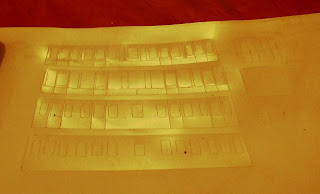 It will be interesting to see how that project progresses. Andy had brought a part-completed loco chassis and Graham had some partly complete Foxhunter LNER fish wagons (does anyone know where he can find more of these kits?)

Jim had his footbridge for Dunallander, reported on last month and also in his RMWeb report, in an advanced state of construction. Comment from me is superfluous! 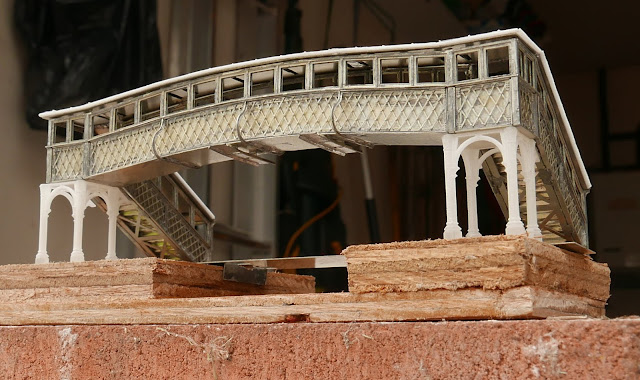 The ribs on the etched roof are added from styrene strip. 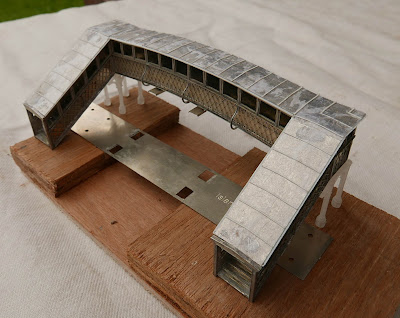 There was also the chance to view and admire Jim's Kirkallanmuir layout. Here are a few random images. 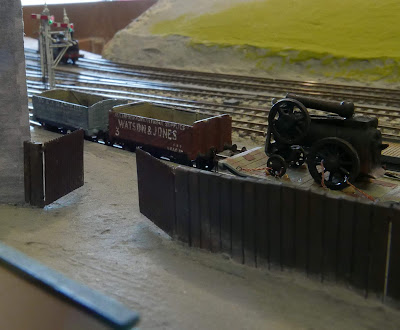 The point rodding and mechanism covers add realism to the trackwork. 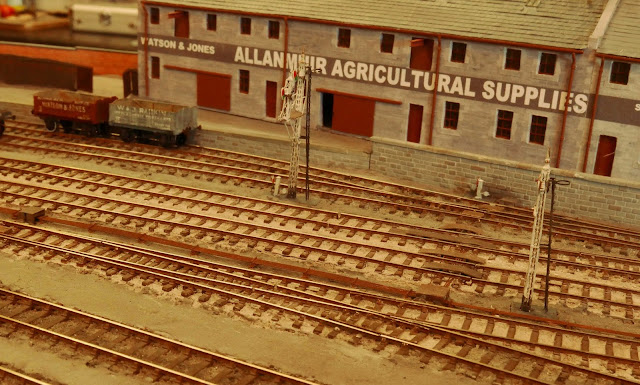 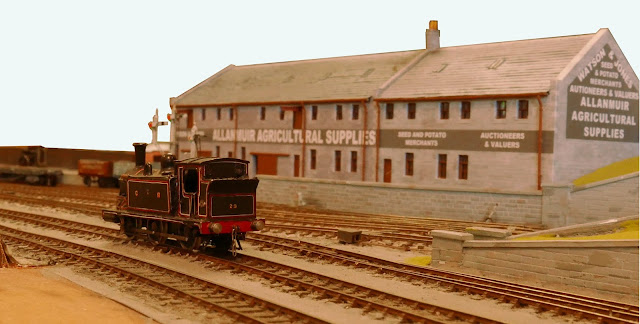 A driver's eye view from the Down loop, waiting for the road to Bonkle. (Yes, all the signals work, including the ground signals).  It's about to pour with rain. The stationmaster is beside himself with fury, unable to find the porter whose task it is to fill, trim and light the signal lamps as dusk approaches. Someone's going to get wet ... 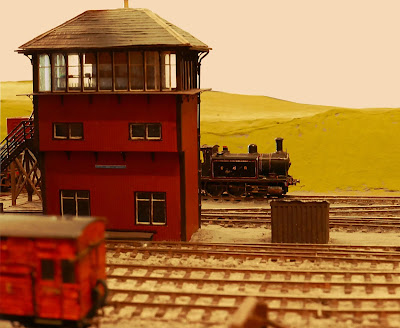 A few detail shots of wagons: the first two were, I think, built from kits by the late Geoff Balfour; his Midland wagon was re-liveried by Jim. The Addie wagon is Jim's build of a 2mmSA 1923 RCH 7-plank kit (part 2-551 here), hand-lettered. 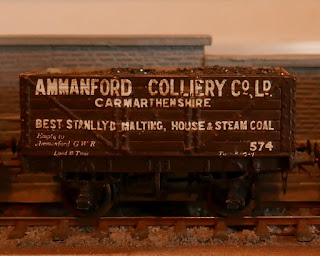 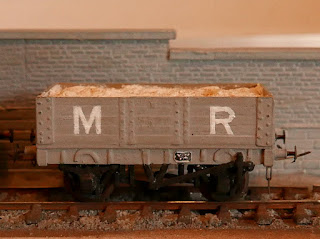 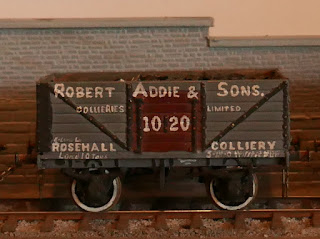 Then there was more tea, coffee, cake and chat ... and a casual question about Jim's version of the Alex Jackson coupling led to quite a detailed explanation of the various jigs he uses to make them. No photos I'm afraid but Jim may be cajoled into giving another tutorial session at a future meeting.

Talking of which, the next FCAG meeting will be on October 20th, in Edinburgh.
Posted by tin whistle at 19:59:00